The Theft of Mountain Gox

We depicted the earliest and most infamous bitcoin exchange hack. This event remains a main wound in the cryptocurrency history.

Mt. Gox was a bitcoin exchange based in Japan. Founded in July 2010, in late 2013 – early 2014 it was the biggest Bitcoin exchange, handling over 70% of all BTC transactions worldwide. In February 2014, Mt. Gox suspended trading, closed its website and exchange service, and filed for bankruptcy protection from creditors.

Mt. Gox announced that approximately 850,000 BTC, 750,000 of which belonging to Mt. Gox customers were stolen. The total amount of stolen BTC was valued at more than $450 million at the time, nowadays, their value would be over $40 billions. The hack of Mt. Gox was the first major crypto hack. 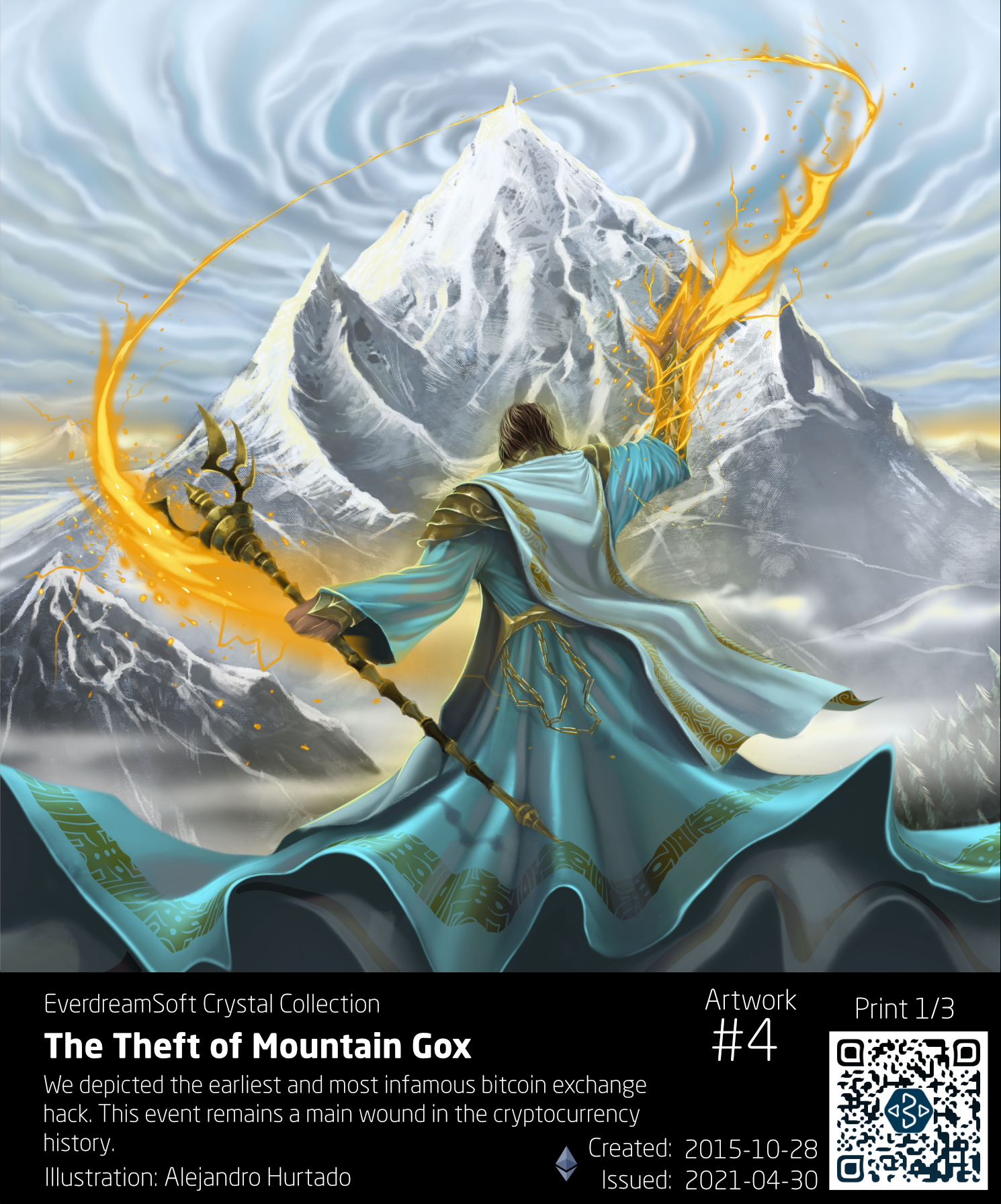 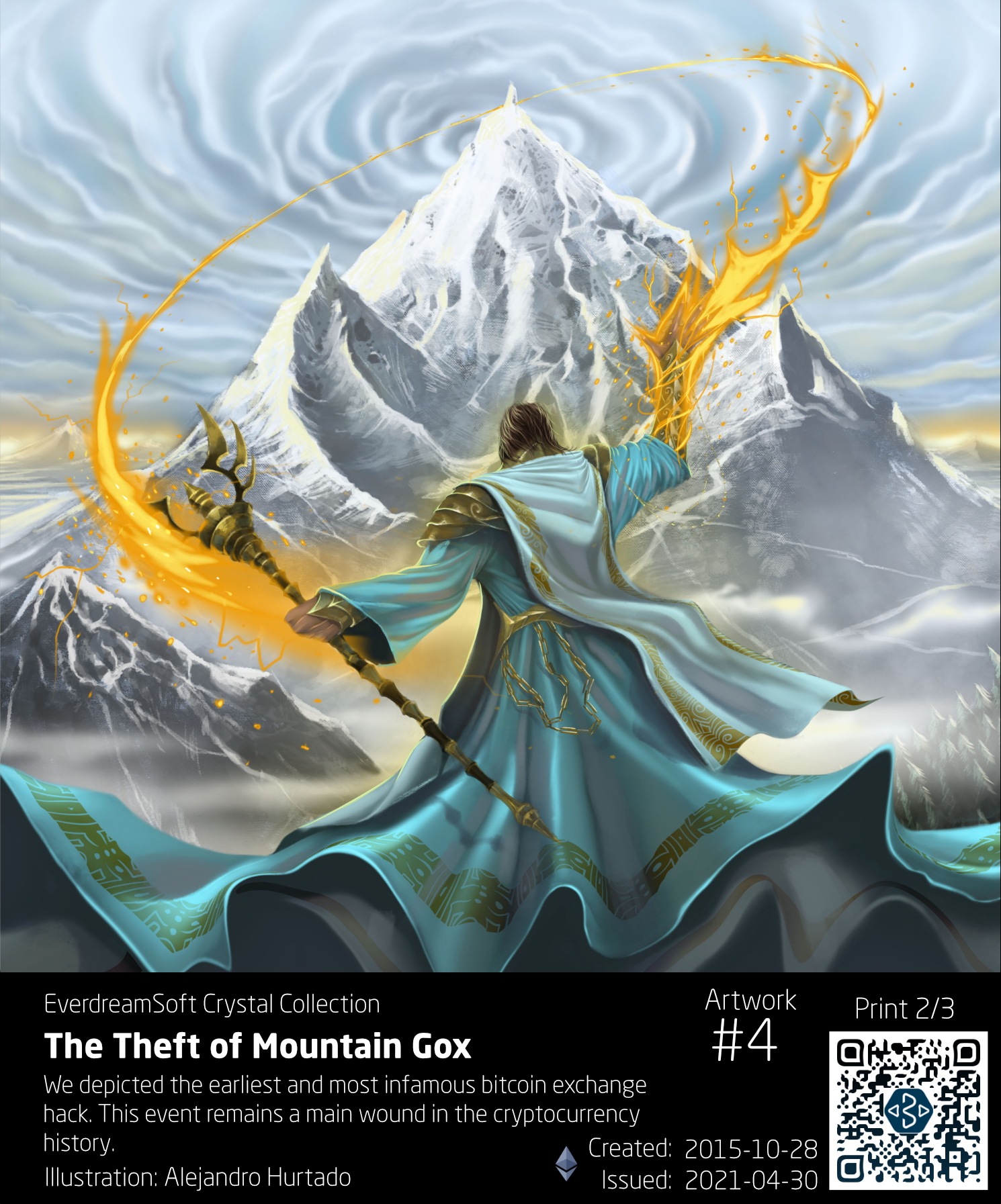 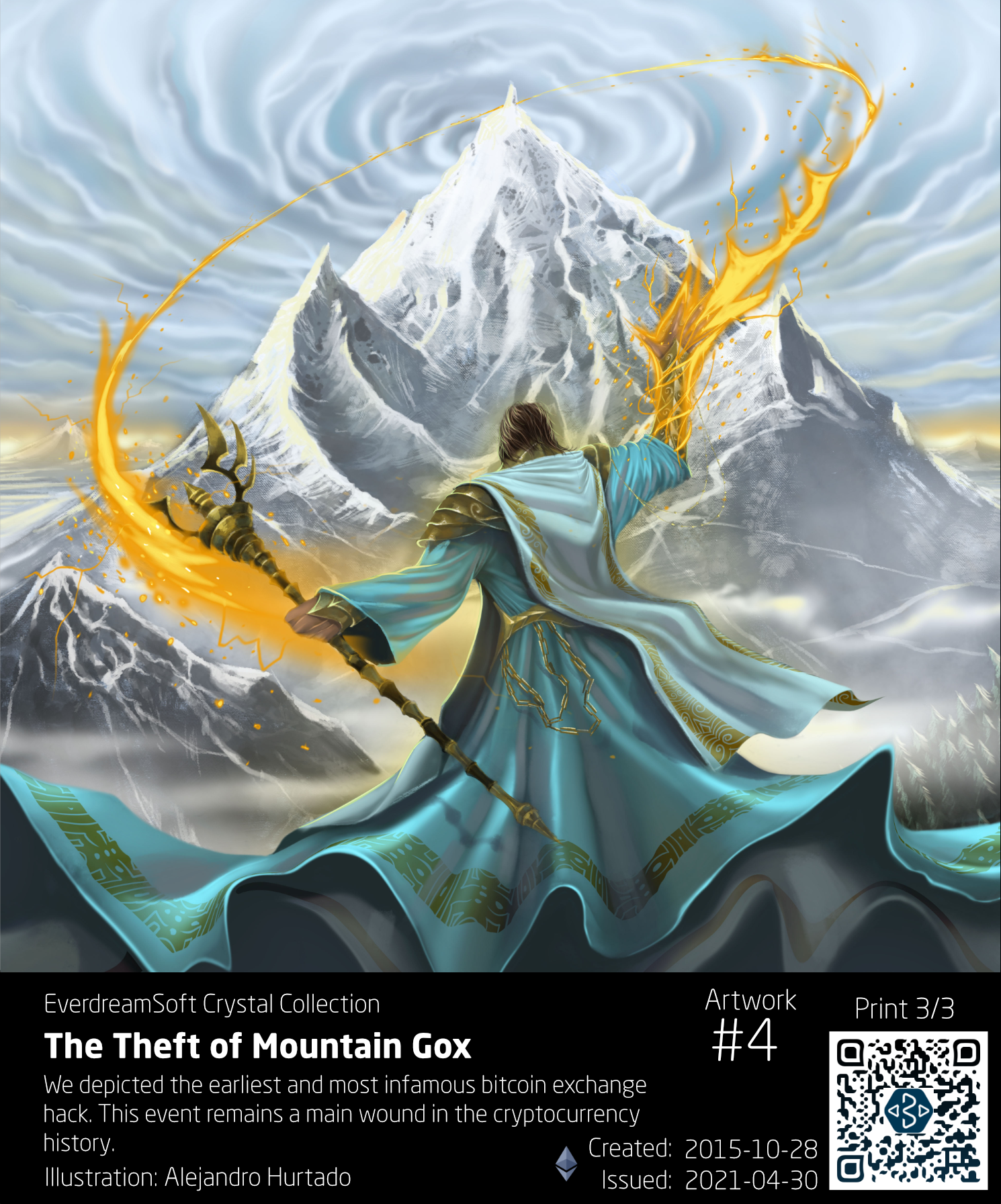 In this collection, EDS retraces some of the most important events and projects from the blockchain history, using original artworks initially created to be part of the first blockchain tradable cards in SoG.

Each artwork is minted in a limited number of “prints” (1 to 15), each numbered print is attached to an NFT. The artworks are minted on different blockchains.

Artwork series and # of prints 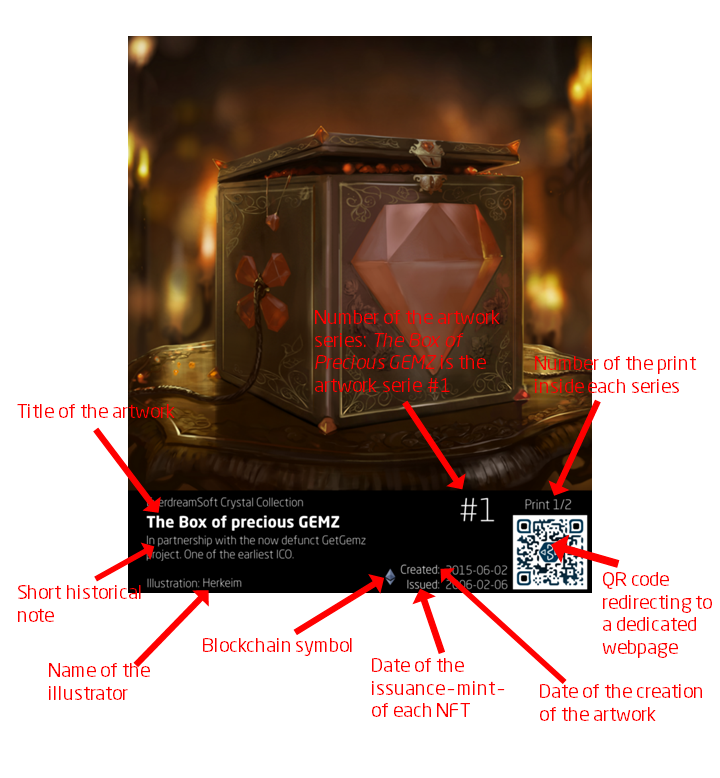 Artwork series: Each artwork series has its number. “The Box of Precious GEMZ” is the artwork series #1. Other artworks will be revealed progressively, not necessarily in chronological order (i.e. the artwork #2 will not automatically be sold as the second one, but may be unveiled later).

Print number: Each artwork series contains a limited number of units – “prints”. The prints are numbered, e.g. “print 1/2” designs the print #1, out of the total of 2 units.

Issuance date: The issuance date indicates the date when this print was minted – issued – as an NFT (Orb).

Blockchain symbol: The artworks in Crystal Collection are issued on different blockchains. The symbol indicates the blockchain this particular print was issued on. 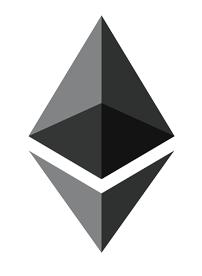 Ethereum is a decentralized, open-source blockchain with smart contract functionality. Ether (ETH) is the native cryptocurrency of the platform.

Ethereum was proposed in 2013 by programmer Vitalik Buterin. Development was crowdfunded in 2014, and the network went live on 30 July 2015, with an initial supply of 72 million coins.

Ethereum is a very popular chain for NFTs.